After lunch with Joe and his brothers, we walked down to Sun’n’Sand Hotel, which has some amazing fan palms. 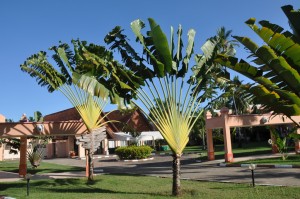 Through the hotel towards the beach, the pool looks inviting. 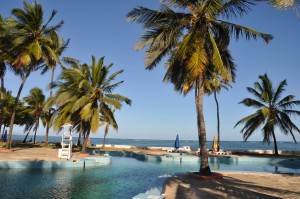 But we were heading for North Coast. Daniel (one of the Kikambala youth). His cousin Gillian and her niece Natasha met us at North Coast. 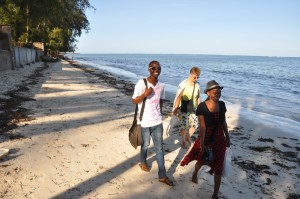 Maggy and Natasha enjoy the water. 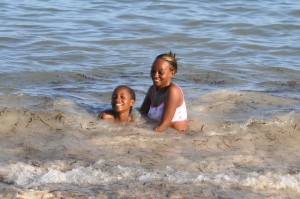 Meld is amused by Aid’s attempts to teach Maggy to swim. 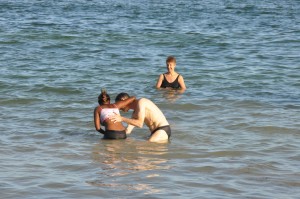 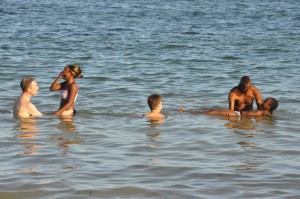 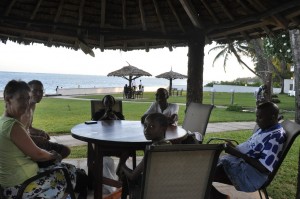 So what about the eclipse? It was due to happen close to sunset, and we were sitting on the east cost and the sun sets in the west, so if anything was visible we didn’t see it!

And so, back to the church, then to Majaoni for supper and bed.

A slightly early start for a Sunday (but not for the 7am Mass at Kikambala) as we met Joe at Kikambala soon after 9 to travel to the outstation at Barani (a few miles south_ for Mass.

They have a new church which is only partly constructed, made weather proof with tarpaulins. From our perspective, it meant a welcome flow of fresh air. 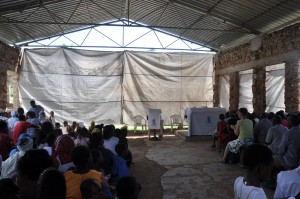 The singing was accompanied by drums and other percussion only, and sounded great. 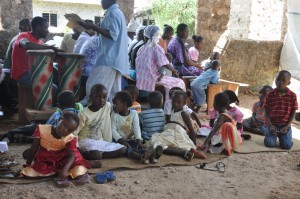 A gift for Father Joe was brought up – but not opened, so we don’t know what it was! 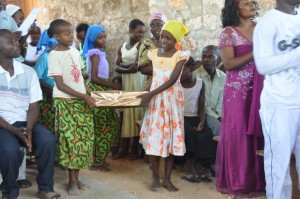 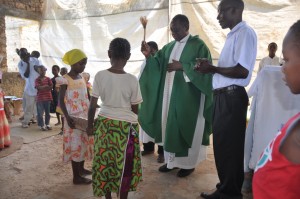 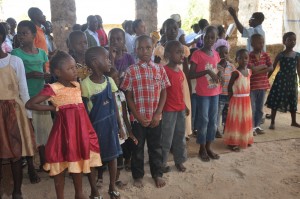 Outside the church as people chat or disperse. 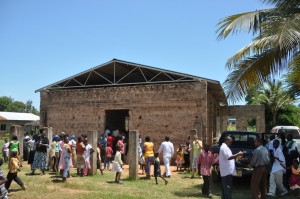 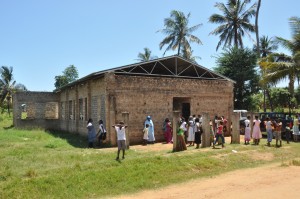 Meld talks to a local teacher 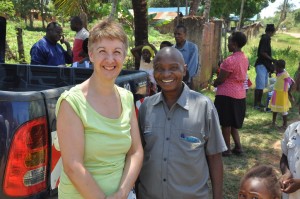 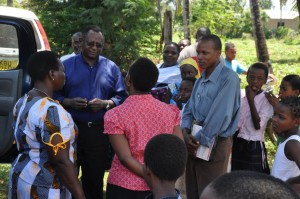 We could have gone with Joe to another outstation for another Mass, but Joe decided we should rest at Boko Boko, where we drank juice (Tamarind, Lemon and Passion) and wrote up the blog. It’s a hard life!