After lunch and a little rest, Jacob took me to David’s (about 200m away). It was the first time I’d seen David with his baby daughter. 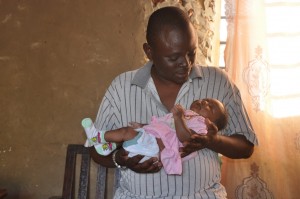 They have a neat little tent to keep flies and mosquitoes away from the baby. 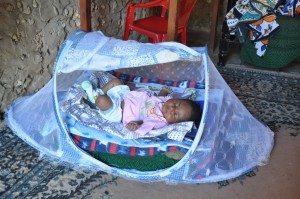 David took me for a walk down to the creek, where there are many fishponds amongst the mangroves, though some tell you to keep out. 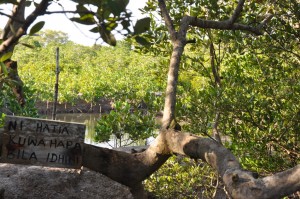 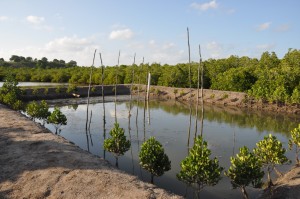 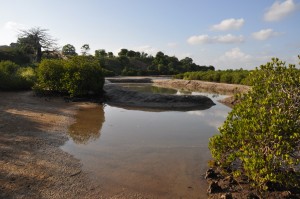 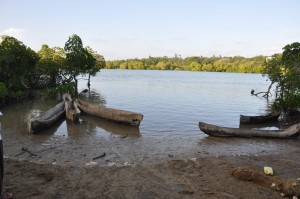 A new canoe being made, they are cut from a tree with very low density 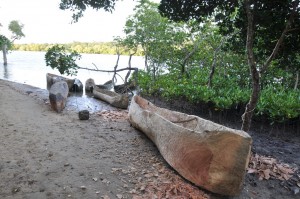 A mother and child wait for the boat to return 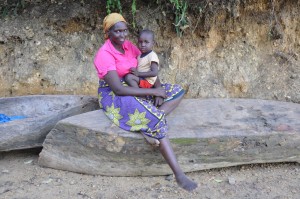 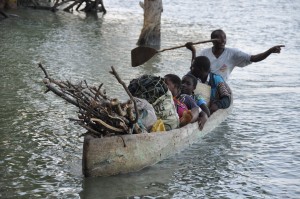 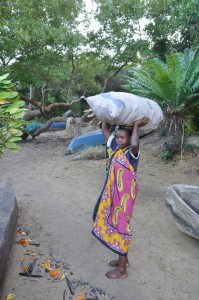 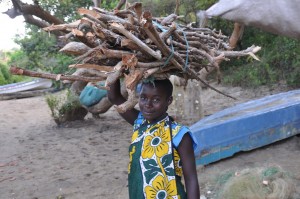 A baobab by the low evening sun 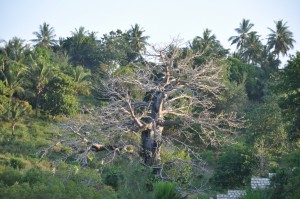 Aidan Simons, December 4, 2013. No Comments on Up the Creek. Category: Uncategorized.

Well, I slept though Meld didn’t! When I awoke, about 05:45, we were coming into Voi station and it was starting to get light. Past Voi we saw the Sagala Hills. 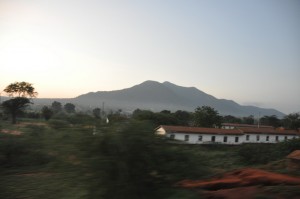 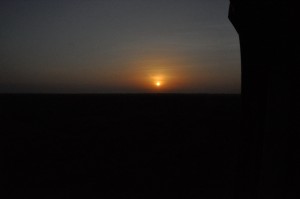 We passed along the edge of Tsavo East National Park 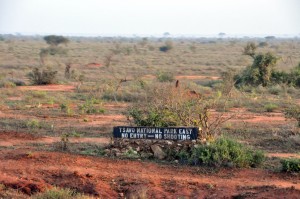 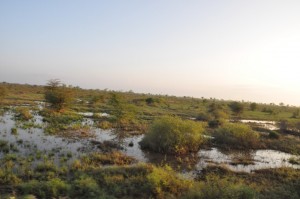 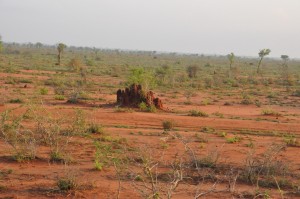 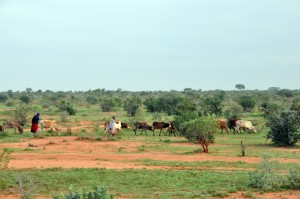 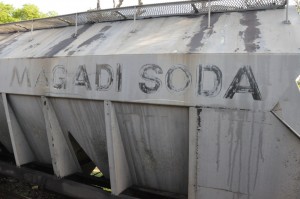 Our train rounding one of many curves. Children waving at the train and asking for money was a common sight. 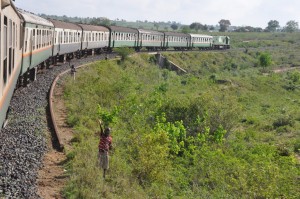 The signal box at Miritini 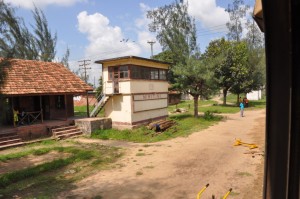 Another signal box, handing over the token for the next section of track. 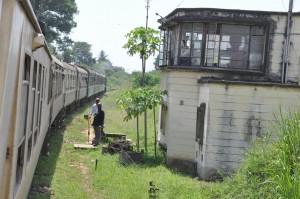 Water containers piled up on the outskirts of Mombasa – there’s no running water here, but at least the houses are reasonable. 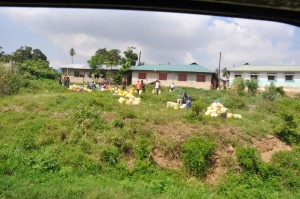 The track does downhill, and so does the accommodation 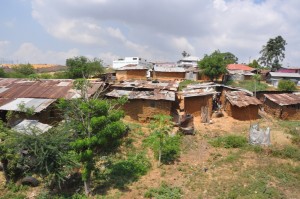 And these “dwellings” are on a rubbish dump, just before the causeway onto Mombasa Island 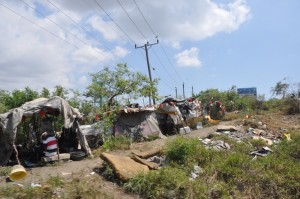 Fishermen on the edge of the island 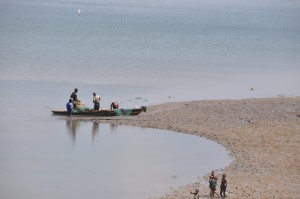 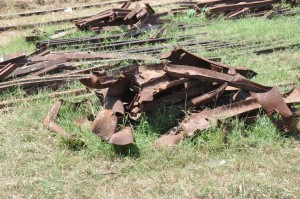 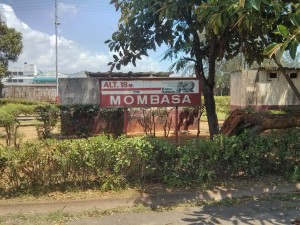 The smoky loco that hauled us here 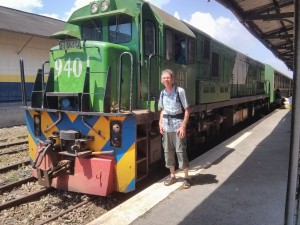 We stopped at Tuskys for supplies, opposite this temple. 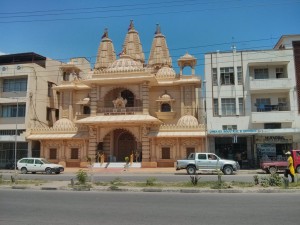 Then a taxi home to Majaoni.