Tuesday morning we went up to Barnabas Childrens Center to deliver some bits and pieces we brought from home, and to greet thee kids. There are about 29 kids (orphans and street kids) who stay there even during the holidays.

Football in the classroom! 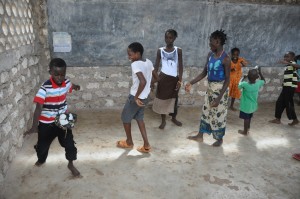 The little ones were playing school 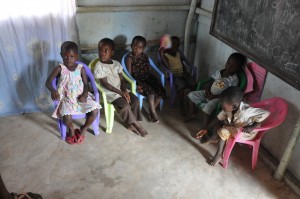 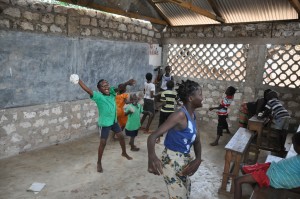 Marius, a Norwegian intern, has just arrived and was soon playing games with the kids. 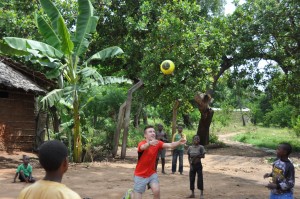 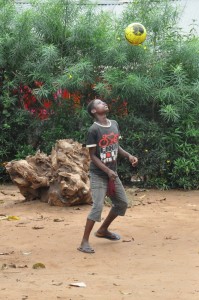 Pretty flowers near the school. 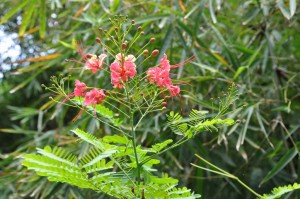 Back near home, some huge spiders on a web between two tall trees. 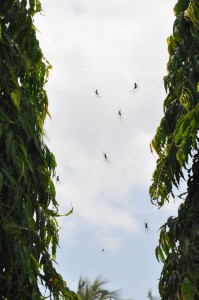 Wednesday we planned to go to KWETU, a project just across the creek, that specialises in products of the neem tree, but when we got there we were told we had to pre-book because the staff were mostly away on holiday.

On the way there (it was a long way: into Shanzu, matatu to Mtwapa, then 6km on motorbikes) we stopped at a former childrens fun centre. The owners have returned to Europe, and edu has the option to use the premises, but its a big undertaking and needs capital. 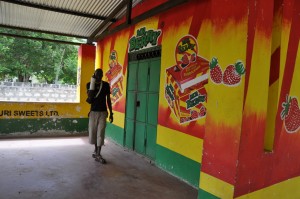 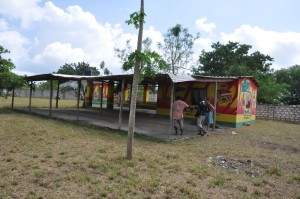 Back home, we had a visit from a friend of Jacob, Kisten… 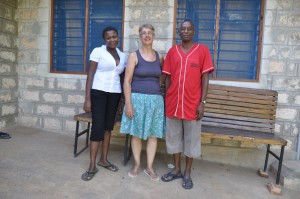 And then by Manny and cousins. 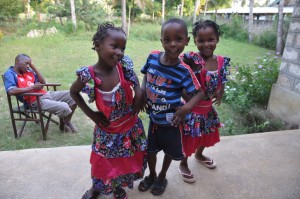 After supper I made another trip to Club Lambada for some light refreshments.

Thursday we went to City Mall shopping and I lost our small-change purse with about £20 in it. Not a disaster but very annoying. In the evening we were given super at Eunice’s (just round the corner) before Aid went off to Bundus to meet Edu (who turned up 2 hours later!)

Aidan Simons, December 20, 2013. No Comments on Catching Up. Category: Uncategorized.