Having got the electrics wired up to the oven, Meld made some Lemon Drizzle cakes for Christmas. 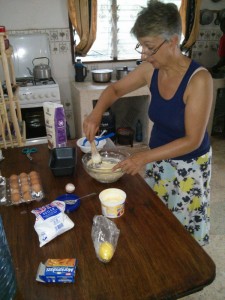 In Shanzu, Tina was more traditional, making ugali for the family. 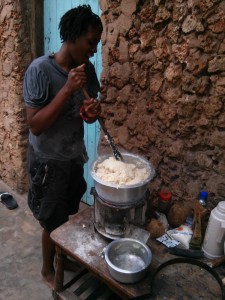 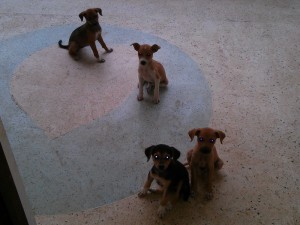 Christmas Eve, Black Jack is ready to travel to Mivumoni. 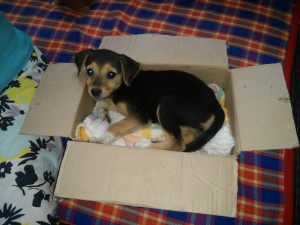 But runs off to lie with her brothers. 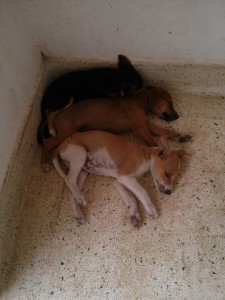 Then it all went a bit pear-shaped. Our hire car, promised at 8, only appeared at 11. We hurriedly loaded and set off, picking up Maggy. But we only got as far as Nyali when we were stopped by the police because one tyre was very illegal. 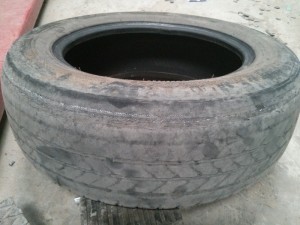 We got taken away to the police station, where extended discussions took place, trying to get the owner of the car to come and take the rap, but eventually we were encouraged to make a payment to the police and meet the owner in town to resolve matters. 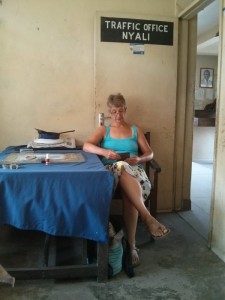 Needless to say, the owner didn’t show, so we had to get a new tyre fitted, then we headed off, but the queue to the ferry was long. Net result was that it was getting dark as we reached Likoni, so we drove all the way to Mivumoni in the dark (the one thing I wanted to avoid). We arrived in time for late supper instead of lunch! 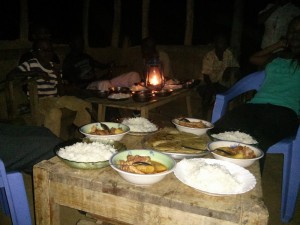 Then we hurried off the Christmas Mass, taking Black Jack with us because there was no time to take her to Maggy’s home beforehand. 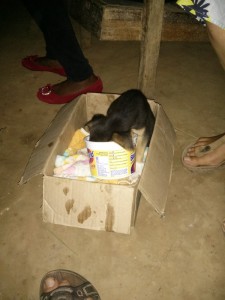 And so, back to Lucy’s home, and bed.