Today we had an early start to get to Giriama for a “Deanery Mass” for the 6 parishes in the Deanery (or maybe 2 deaneries!). After breakfast at Kikambala we drove over Vipingo Ridge and eventually joined the new road being constructed from Kilifi to Mariakani. This lorry had somehow fallen off the diversion alongside the new road, into the construction site. 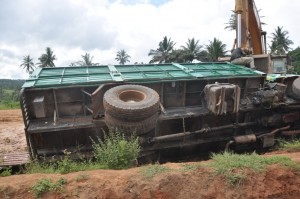 The new road will cut journey times and keep a lot of traffic heading from north cost to Nairobi out of Mombasa. 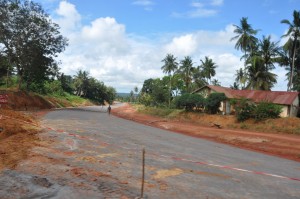 At Giriama we had a second breakfast (liver and chapatis) before heading downhill to the start of the procession. OK, I found a spot on the hillside and stopped to take photos. 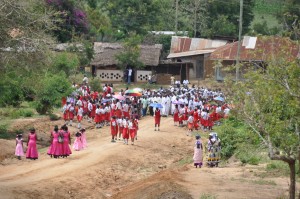 The procession starts to climb back to the church. 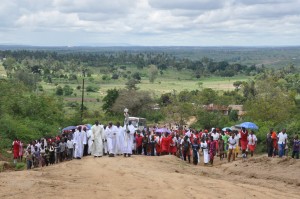 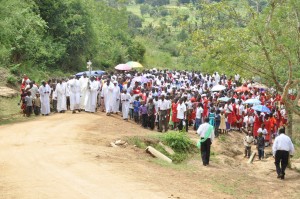 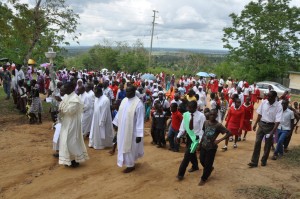 The clergy reach the altar. 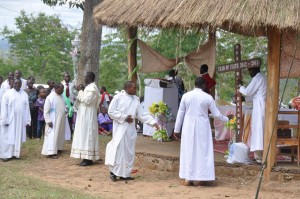 There followed quite a long delay whilst benches were brought from the church and everyone was seated (although not all on seats, some on the ground) 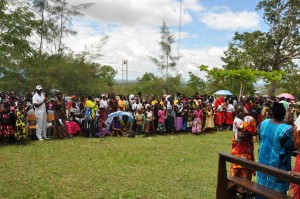 The service started with the Liturgical Dancers, various groups from different parishes. 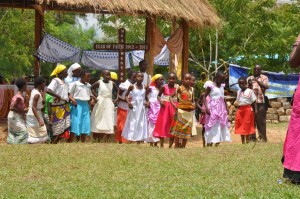 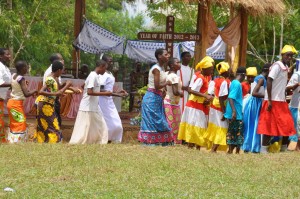 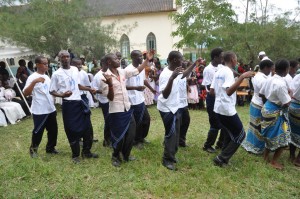 One of the priests plays kiamba with vigour – leaping in the air. 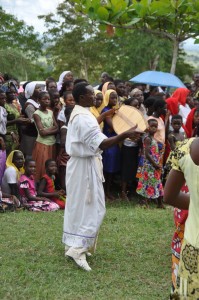 As part of the service, many couple who were not married but living together were formally married. 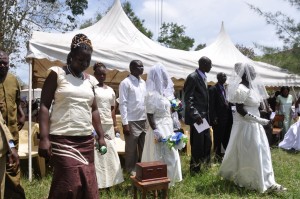 The couples making their wedding vows. 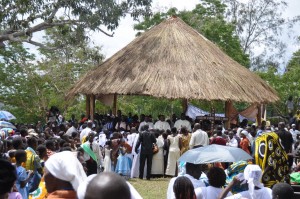 Celebrations as they return to their places. 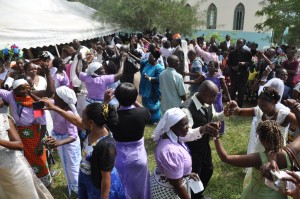 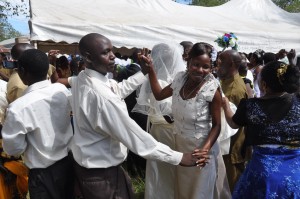 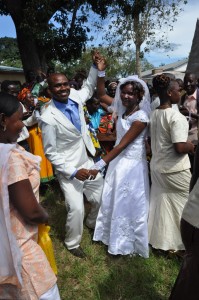 After Mass (all 3 hours or more!) and lunch, Meld and I took a stroll around the school, where a new gateway was under construction. 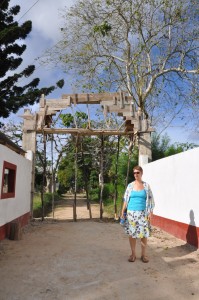 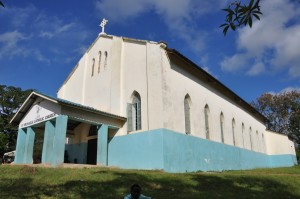 Fr Joe and his friend 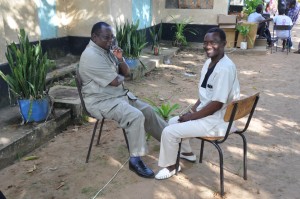 And then, another bumpy ride home, back to Majaoni for supper and bed!